Nothing special: somewhere stands an abandoned factory building. Slowly it has been taken over by the more creative forces. They creep in through half open doors and adjust it to their needs, changing walls and lights, building boxes and stages, growing a web of intermingling roots. Sometimes a visible branch reaches out of the windows and attracts new visitors, making the circle even wider. 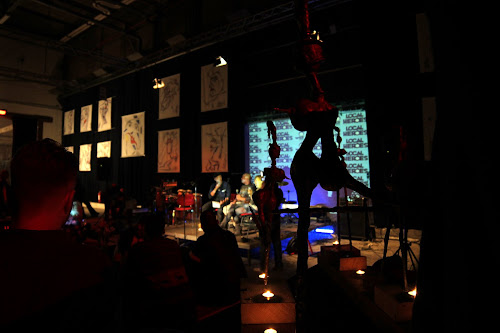 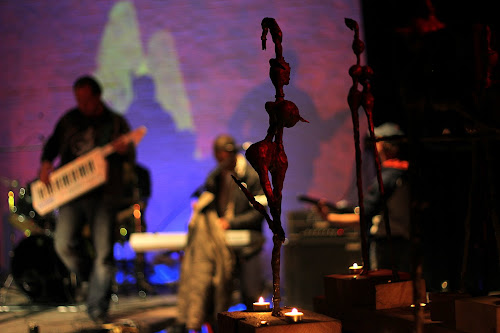 Bram Stoeken steals the show at dNA. Dancing in front are three lovely young girls of the bronze age. 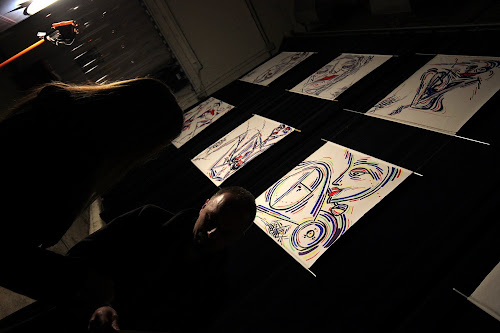 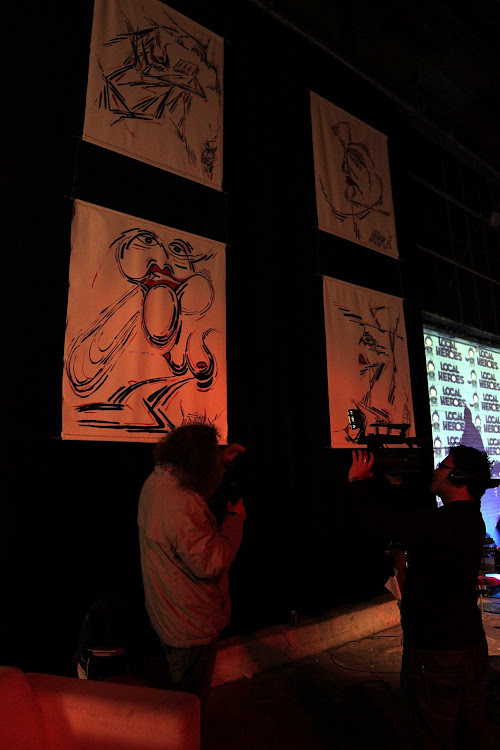 This is TV! Local Heroes Live. 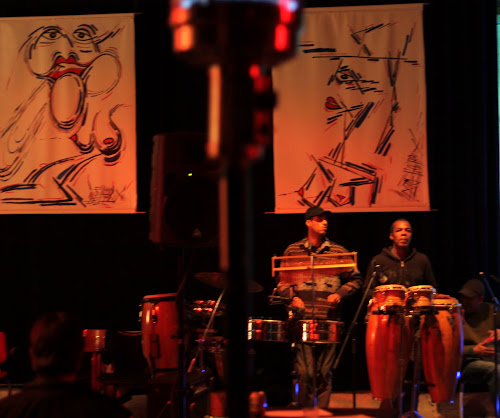 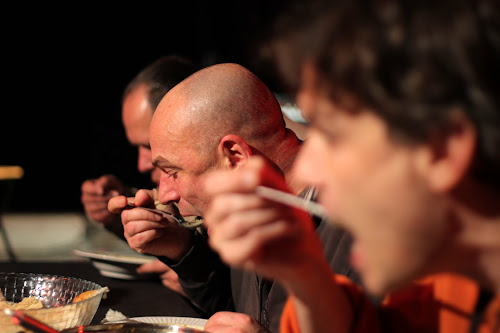 This is a large exhibition of the paintings and sculptures, which gives them the space they require in an underground like disused factory sphere.
It befits the raw and emotional style. The expressive lines and colors contrast with the functional building.
What makes the exhibition especially attractive, is the widely varying and interacting crew of volunteers and visitors.

They have the strange habit of holding a talk-show during the opening of an exhibition. I do not like it on tv and I do not understand why anybody would try to remake the boring things you can see there. But, OK, it are nice people trying to be funny or interesting. If you're praying the whole day to the magnificent God of TV, you start acting like it in your own temple. 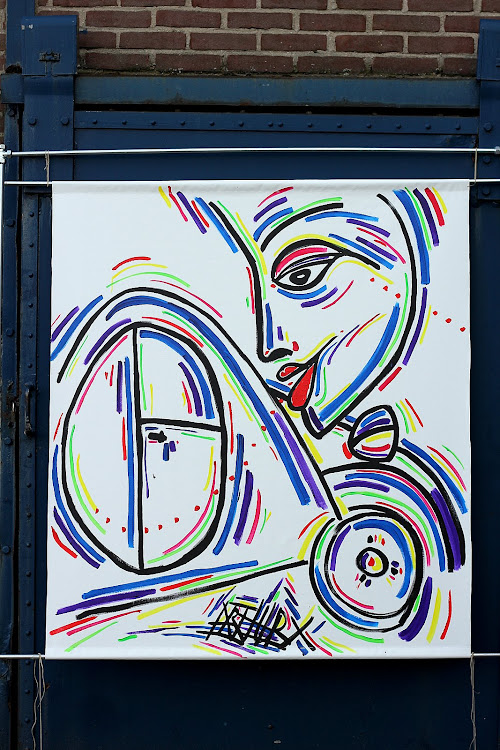 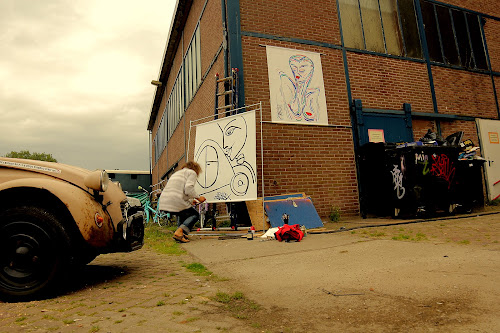 A Citroen 2CV being painted, with a kissing girl. 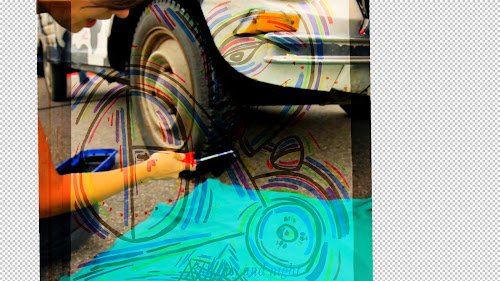 This is the same girl printing a t-shirt by rolling the 2cv over it. 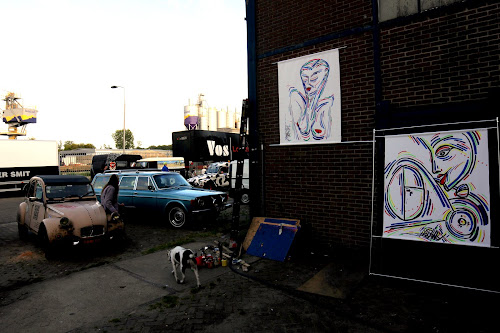 End of the day: the dogs droop off.